The Republicans appointed who as the new party chairman? 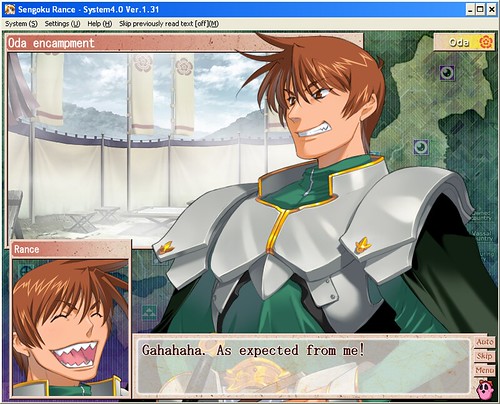 So what will be the Republican Party's agenda be going forward? 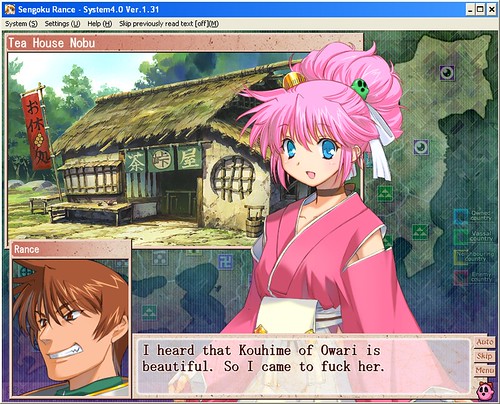 (It's spelled Reince but this is still funny)

My replacement mouse, which happens to be the one that came with my computer whereas the previous mouse was a gift, lasted less than a year. Interestingly, there was no slow painful decline the way there was with the last mouse. The left button simply stopped responding to clicks in one instant with no prior trouble. I reversed the mouse buttons in the system settings to get by for now, but I will need to replace this mouse too. ( Ignorable details below the cutCollapse )

It seems the US education system is not that bad unless you are Black or Latino.

The video game Wing Commander: Privateer puts you in the position of a rough spaceship-owning smuggler who is modeled on Han Solo to the point of having a facial scar. To introduce the character, the opening cut-scene has him gun down a surrendering pirate. The thought came to me that it might be a fun challenge to try playing him as a pacifist. In theory, you could complete any cargo, scouting, or patrol mission by running away from any danger.

A pacifist run is, unfortunately, impossible. After running various missions for smugglers and a mafia boss, there was one employer who required that I kill people to advance the plotline. It was the Oxford University Library. Those savages.

My low kill count was 32, not counting the Steltek drone which is not counted as a kill in-game. Along the way, my intended space Gandhi became an outlaw for killing too many bounty hunters. I believe the absolute lowest possible kill count to be 5: the five retros attacking a merchant that you escort in the first Oxford mission. The rest of the kills can be avoided by dragging them to friendlies or an asteroid field. ( Read more...Collapse )

Regarding dating systems and knowing of the "B.C." vs. "B.C.E." debate, running across the newer annoclature "Before Present" which sounds like the dates would quickly get outdated except "Present" is defined as 1950 which seems arbitrary and is confusing to people who think "present" means the current date, having seen complaints about the lack of a year 0 in the Gregorian calendar, and of course knowing of the fact that major religions and cultural groups have their own calendars, I started wondering what year would be most appropriate to define the start of a new dating system.

I would set the zero year to 1945. The end of the Second World War was the most significant change in human culture since the French Revolution, and more changed than only the end of the war. As people returned to peace, they noticed the end of the worldwide economic depression that had preceded the war. The years after 1945 saw the end of the European colonialism that had previously dominated the globe.

More important than all of these was the invention of the atomic bomb. In one year, humanity gained this awesome and terrifying power, saw its effects, and began adjusting. International relations and the very goals of governments changed. Before long, we understood that humanity had gained the knowledge and ability to cause a worldwide environmental disaster that could lead to the extinction of the human race. The experimental Trinity explosion was the one singular event in that year that did the most to draw us from an earlier age to a later one.

There is also a utilitarian reason for choosing this year. 1945 is close enough to 1950 that all of the existing B.P. measurements can be easily compared with a Trinitarian system.

One drawback: naming the new system after Trinity will piss off all the non-Christian religions. Consider a different name.

Yes, my Latin conjugation is crap. Feel free to correct it.

Yes, this is an Amerocentric position. Feel free to propose a better date.

Upon Googling a little, I find that Larry Niven beat me to the idea in his Hanville Svetz stories. And I want to pick up Rainbow Mars because the Svetz concept is hilarious.

It is customary in RPGs for characters to gain "levels", gaining power in steps. Characters then have a single number to suggest how powerful they are -- Level 8, Level 14, Level 45 -- and this raises the question in the player's mind: Does a level number mean anything in relation to another level number other than the simplest notion of "better" or "worse"?

I was at a place of business and was prepared to pay by check (or cheque or however I decide to spell it today; "check" feels more comfortable but the Brit spelling in the title makes it immediately clear what I'm writing about). The proprietor said I did not need to give him a physical check but he could process the transaction if I just read him the numbers at the bottom. He could and did.

Anybody who has access to the numbers on a person's check and who knows the proper banking protocol can draw on that person's checking account. Any merchant whose business receives checks can sell these numbers to the criminal underground. From what I've heard elsewhere, there are no legal protections for targets of checking account fraud.

ioerror told me something along these lines a while ago. I either misunderstood him or did not believe it could possibly be that bad. I think I was too shocked to learn that banks did not check signatures to understand the full implications of what he was saying.

One of the 24-hour TV news channels has a BREAKING NEWS banner because South Korea is going to begin its planned military drills in a few hours. So the media's definition of BREAKING NEWS now includes an intermittent reminder that an event that was planned days ahead of time is going to happen on schedule. By the same standard, it's BREAKING NEWS to tell you today that there is going to be a football game on Monday night.

So did the Democrats manage to repeal the ban on homosexuals in the military, or were they stupid enough to repeal the "Don't Ask, Don't Tell" measure which prevents the military from actively persecuting homosexuals? Everyone says they repealed "Don't Ask, Don't Tell" which would leave the ban in place and authorize inquisitions, and I don't put such incompetence past the Democrats; see the Yes You Can Spam act for precedent.

Via Weakipedia: If S.4023 is the bill, Congress left it to Obama, Gates, and the Joint Chiefs to decide whether to repeal the ban or not.

[Update: 2010/12/23] Thomas says the bill is H.R. 2965 which is identical to S.4023 except that H.R. 2965 was originally a bill to amend the Small Business Act for some other purpose and was completely gutted and rewritten to skip the step of introducing the repeal. Thomas does not say who in the House to credit with this trickery or with authorship of the bill. Something else that has not been in the news: the Senate copy was introduced by Joe Lieberman, who did something right for once. I wonder how many progressive bloggers are saying "Thank you Joe Lieberman"? I had low expectations but here's one saying exactly that. Also, Lieberman has been working on the repeal for a while. It has been reported here and there but I hadn't heard about it.